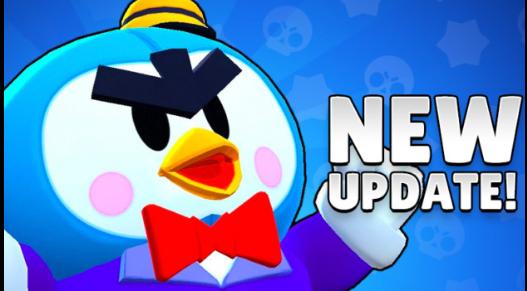 Main Attack – Your Suitcase Sir! – Fires a projectile that can jump over walls and enemies dealing area damage behind them after landing
Super Ability – P-Porters Attack! – Places a spawning station that spawns mini-penguins with a ranged attack. Only one mini penguin can be active at a time
Star Power – Handle With Care – Mr. P’s overstuffed suitcases bounce and burst even if they don’t hit a target or obstacle
Star Power – Tin Can – The robo-porters’ home base has +3000 more health
NEW GAME MODE – HOT ZONE!

Hold a zone marked on the ground for 3 seconds to gain a point, the team with the most points in 2:00 wins!
Enemy brawlers in the zone prevent points from being gathered, and leaving the zone will interrupt receiving a point.
Last 30 seconds of a match gives double points!
LUNAR NEW YEAR! A brand new Arcade environment, evil robots, and more!

New maps for the arcade environment!
Lonestar + Takedown have been removed
BALANCE CHANGES